Some Equipment that Goes into Making a Film

Some Equipment that Goes into Making a Film 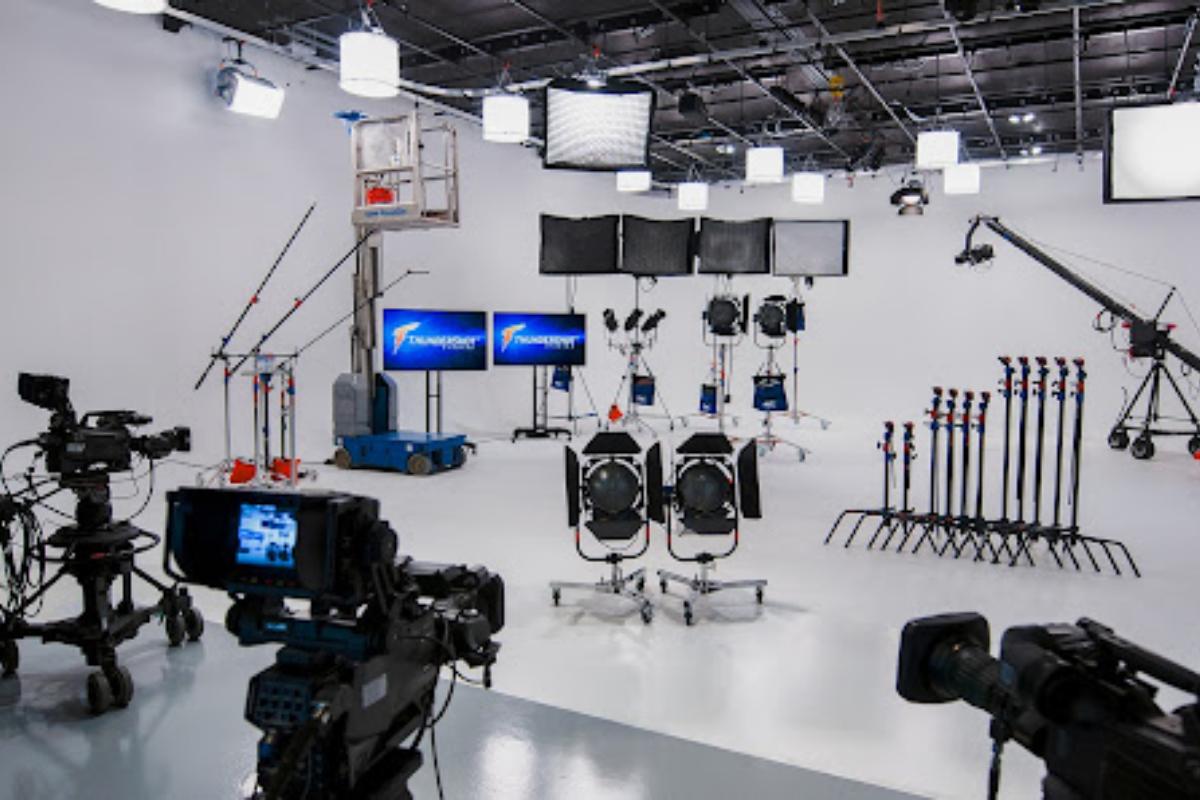 It takes a lot of resources, money, people, and equipment to make a film come to life on the big screen.  When working on a film, many people come together to collaborate and use their expertise to help the team accomplish the overall vision for the film.  From the director to the actors to the visual effects supervisor to the grip lighting technician, each role is critical in the overall success of the film.  The list of equipment used in the filmmaking process is just as extensive as the people that operate them.  Here is a look at the type of equipment that is needed to make a film.

This one goes without saying.  In fact, there are multiple cameras that are used to create the perfect scene in filmmaking.  These cameras all offer different features, like zoom, focus, coordination, lighting, colors, and other effects.  By using many different cameras to film, editors and producers will have a variety of shots of the same scene to choose from.

Typically, tripods are used to keep the camera steady and safe during shooting.  Tripods can also be mounted onto other pieces of equipment, like scaffolding and dolly tracks, to give the camera movement while still remaining steady and professional.

Movie sets are also equipped with many camera lights that are used to provide additional lighting during the filming process.  This light is placed on top of the camera to help reduce glares during filming.  It also works to fill in any unwanted shadows.  Although camera lights are used more frequently in documentary-style films, it is still utilized for certain shots in major motion pictures as well.

This skinny microphone and pole provide great audio opportunities when filming.  Because the actors are often not wearing microphones, it is important to still capture their voices and the sounds in the scene with as much clarity and volume as possible.  Shotgun microphones and boom poles make this possible.

A Variety of Lenses

When filming, cameramen want to have a variety of camera lenses on hand.  This gives them the opportunity to capture the scene as the weather and vision changes.  When it is super sunny, they can switch out the lens.  When it is intended to film a close-up, they can switch out the lens.  Multiple lenses are necessary for getting a variety of shots.

These are just a few of the examples of the equipment used to successful create and develop a film.  After the film is actually shot on the set, it is then edited with another set of equipment, resources, and staff knowledge.  Although the directors and actors are those that get the most recognition after the film is successful, those who operate the equipment, like the cameraman and the grip lighting technician, have had critical roles in its creation as well.  Contact us today if you are looking to hire grip technicians for your next film.