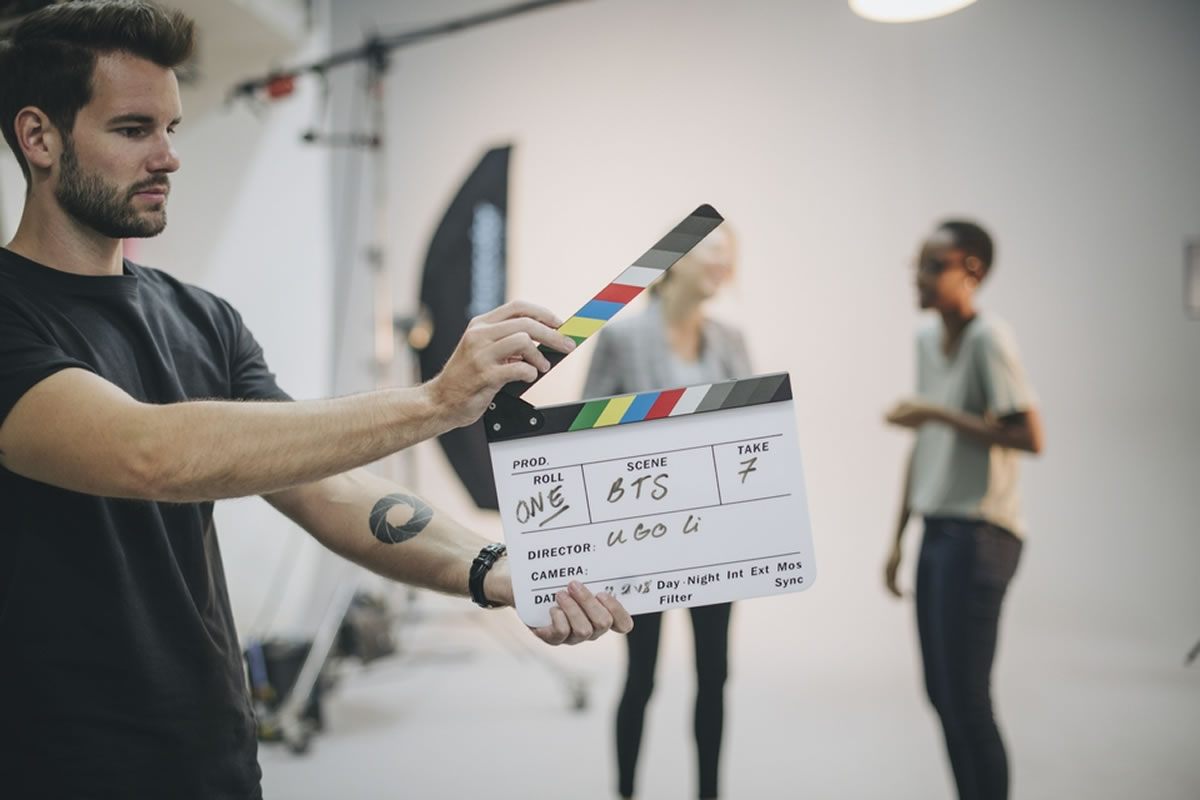 Even though many people neglect to read all the credits that roll after a movie is finished or at the end of a TV show, we all still know that there is a long list of people involved in making a film.  The main actors, actresses, and directors are the ones who get their names in the limelight.  However, it takes an entire team to make sure that the filming process is a success.  From editors, to stunt drivers, to those operate grip equipment, to body doubles, there are many people who work behind-the-scenes as a part of the team.  Here is a look inside what it looks like on a movie set.

They Take a Team Approach

Many people are employed to make sure that a movie is a success.  Even the small parts have critical roles in ensuring that the filming process runs smoothly and efficiently.  Everyone brings a different set of expertise and training to the set of a film, which means that no one person needs to be a jack-of-all-trades.  Instead, each person can focus on doing their job and doing it well.

Extras, stunt drivers, body doubles, and many more people are watching the filming process on the sidelines, simply waiting to be called in for their part.  This may involve them rehearsing or practicing for their role, but it mainly will look like a bunch of waiting.  They will also need to pay attention to the actors and where they finish filming.  Studying the actors and the scene may also be a part of their job behind-the-scenes, for they often need to pick up certain movements or cues.

Everyone Has a Role

One of the best things about having so many people working behind-the-scenes is that everyone is there for a common goal:  to make a great film.  Because of this, it is common for many people to jump in whenever things are needed or rushed.  Sometimes people may take on different roles to assist other technicians in order to get the best shot or improve the lighting using grip equipment, even though that may not be their field of expertise.  It is truly a team approach when working on a film set.

They Do Not Film In Order

In order to optimize resources, movies and TV shows are typically filmed out of order.  Whenever they have particular scenes set up or make up completed, they may film all the scenes with those props or costumes.  This helps them avoid lengthy preparation of scenery and make up.  In order to do this, the actors need to be aware of these changes and how it affects their performances and requirements that day.

It takes many people working hard on set to make sure the vision comes to life on the big screen.  Those who work behind-the-scenes are just as essential as those who act and direct.  Important decisions, like lighting and props placements, must be made by those trained in that particular expertise.  It takes a team that has a mixture of talent, hard work, and knowledge to create the best film.  If you are looking for quality grips to work the grip equipment behind-the-scenes of your next film, contact our team to hear about our qualifications and experience today.