Five Crew Positions in the Electric Department Responsible for Rigging

Five Crew Positions in the Electric Department Responsible for Rigging 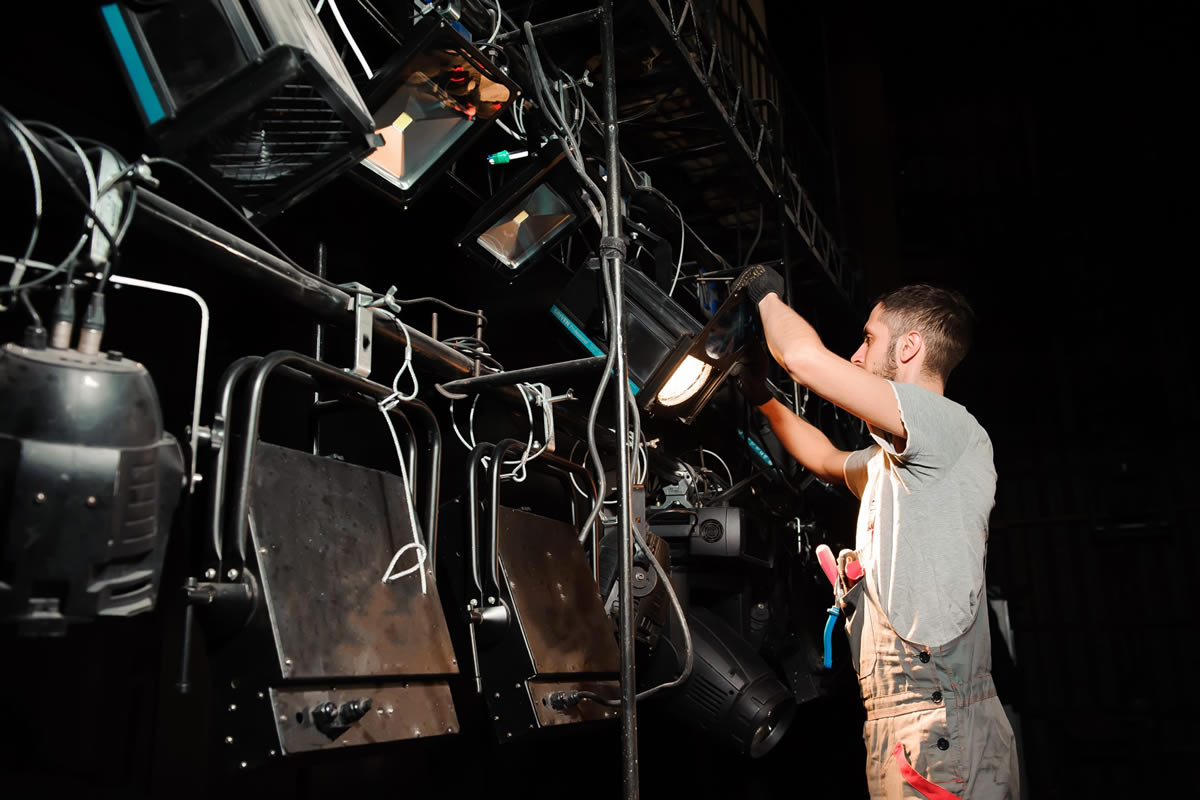 Many people are unsure of what goes on behind the scenes of the film and movie industry.  All the effects, lighting, acting, and editing are taken care of by a team of skilled and experienced members that come together to produce the film.  This takes coordination and teamwork, especially when it comes to rigging equipment and setting up the shots.  When working with heavy duty equipment, scaffolding, and extensive set-ups, it requires skill and great communication.  These are a few of the crew positions that work behind the scenes to rig equipment and set up lighting and cameras.

These members of the crew are responsible for working with the gaffer to determine what power runs are necessary to light the set.  They consider everything from the budget to the labor to the crew scheduling.  When someone in the department has a question, they will want to talk to the rigging gaffer.  Most of their concerns have to do with the power needed for the set up and how they can run the power lines around the set safely.

The best boy will carry out the instructions given by the gaffer.  They will direct the crew to run the cables, setup the generators, and placing the equipment.  As one of the head members in the department, they are also responsible for hiring the crew members that will work under them.  They need to ensure that everyone is doing their job safely, effectively, and properly.

One of the most technical members of the crew is the rigging electrician.  They are responsible for ensuring that all the power is run correctly and safely.  They determine the specific angles of the equipment, run the cables, and perform any technical power-related jobs on the set.  Typically, these individuals also carry the heaviest equipment, so they need to be strong.

The fixtures used on set are also important considerations.  Sometimes this aspect of the film involves an entire crew, especially if they have extensive scene set-ups each day.  These technicians are responsible for setting up the scene that is being filmed while also taking care of the fixtures that are used to create the lighting effects behind-the-scenes.

These are just a few of the crew members that are responsible for rigging equipment, lighting, and cameras.  If you are looking for grip equipment for your next film project, contact Tiki Grip Electric to hear about our grip truck rentals today.